Your Ship already has…

As always, make judicious use of common sense. For example, a drone attack would be resolved only after everybody has acted (to allow for the drone to reach the enemy ship)

The basic procedure goes as so:

The Mechanical Attack goes as so.

It is recommended that each person, in each console, has their own dice. When a Dis/Advantage is imposed, you resolve it per player.

Each player adds a d6 to the Stat Dice, relevant advantages get ADVd6. Example: Ship has a stat of 2, adds 2d6. Pete and Wam each add 1d6, for a total of 4d6. If Wam has ADVd6 one d6 would be rolled twice, using the highest roll.

These are very much last moment plans. It should also be understood that these are barely the only plans - environmental aspects can be used as Pilot tactics, and should be improvised or planned for in play. Write them up.

The slots are essentially always cargo holds, until you dedicate it to a Upgrade.

Ships all have a Lux-Engine. Interplanet travel uses impulse, Interstellar travel uses LuxSpeed through LuxSpace. LuxSpace is a type of universe having outlived 3 universes before ours. Like a capricious sea it requires focus to traverse, with a live crew, or an expensive LuxNav AI. Failure to prepare for LuxSpace travel has resulted in madness, ghost Ships, raiders and entire fleets disappearing.

LuxSpeed engines are Basic, or Complex. Complex Engines are pre-fall, and cut the time travelled in half. Basic Engines can be fine-tuned at great cost for a single trip of half-time. A LuxNav AI halves the time. An awake competent crew-member halves the time.

I assume essentially “units” of distance between stars. A Basic LuxSpeed one unit trip, no fine tuning, Deep-Sleeping crew, no encounters and fortunate LuxSpace tides, is a 144 days of just waiting.

Designer’s Note: 144 is a 12 squared. 12 has a bunch of factors so you could divide by two for quite some time before you hit a single indivisible number.

Travel inter-planet is 1 trip:1 fuel per impulse trip in a system.

Per unit luxspeed with Deep-sleeping crew 1 unit:1 fuel per person+engine.

Sleeping on your trip means you could get lost (if no dedicated luxspeed navigation computer), or captured en route.

However you wish to flavour it, Deep-Sleep is cryogenic, hormonally induced, or whatever else. LuxSpace is mildly stressful, and boring, and DeepSleep allows for maximized resources.

Roll 1d6 per unit of Travel, 6 is an encounter.

Roll 1d6 if an awake crew, 1d12 if asleep. A LuxNav computer counts as if the crew is asleep.

Please let me know what you think of it in the comments!

(Also, as for the name: Belta, Δv or something else?) 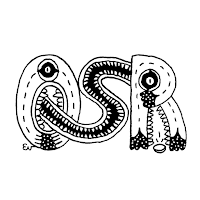